Revisions have been made to a proposal on the southeast corner of King and Bathurst streets in the King West area of Downtown Toronto. The redevelopment of 663 King Street West has seen many changes. The current proposal designed by Core Architects for Timbercreek Communities and Trinity Group calls for a 17-storey, 58-metre-tall condo to be built atop a modified heritage structure, while fully replacing adjacent structures at 647 King West and 60 Stewart Street to the south. 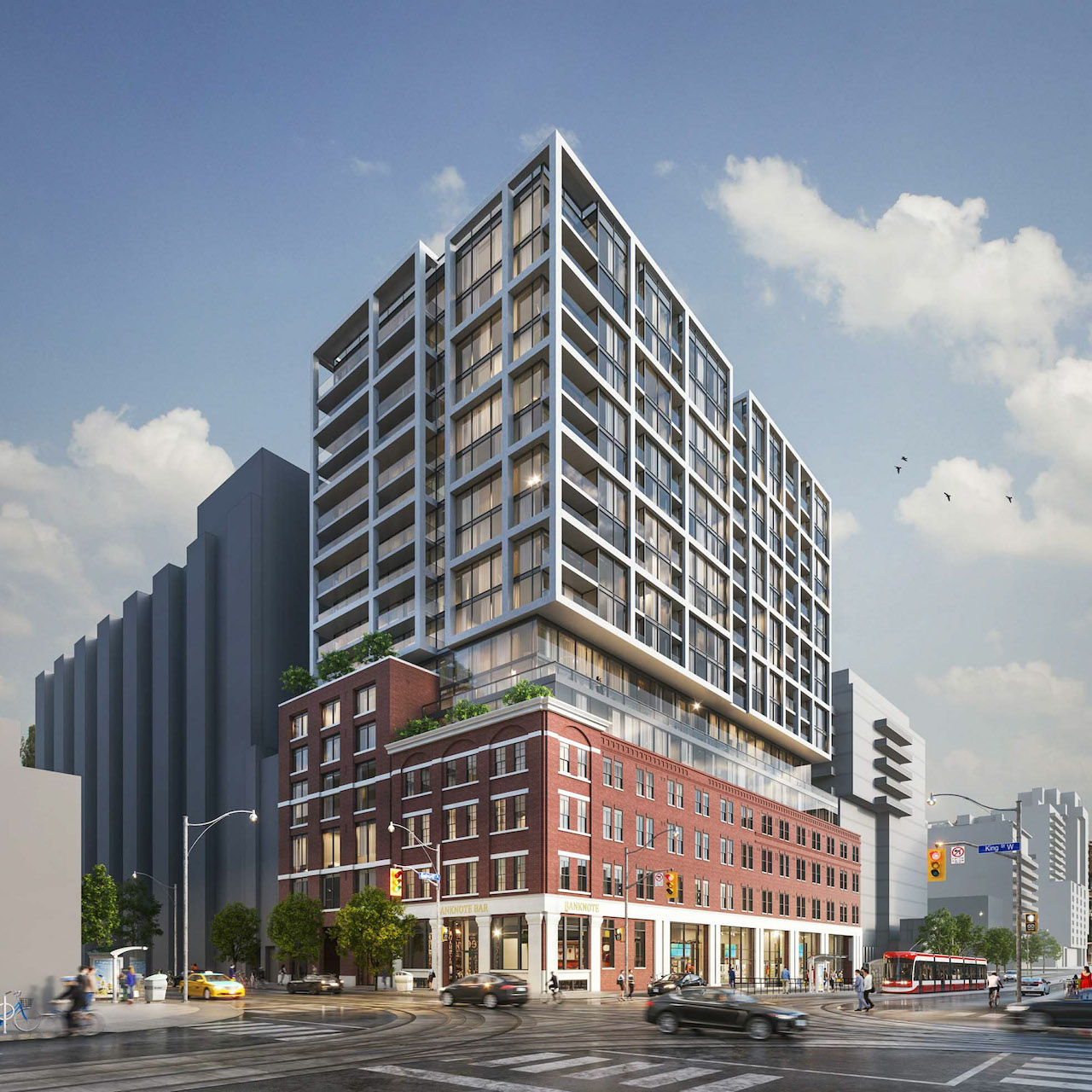 The original plan from when Main and Main owned the site was designed by Diamond Schmitt Architects with heritage specialists ERA Architects. It proposed a 19-storey tower with wrap-around, alternately angled balconies (see the image below). The City, however, objected to the height of the building, and that not enough of the heritage elements were proposed to be preserved. 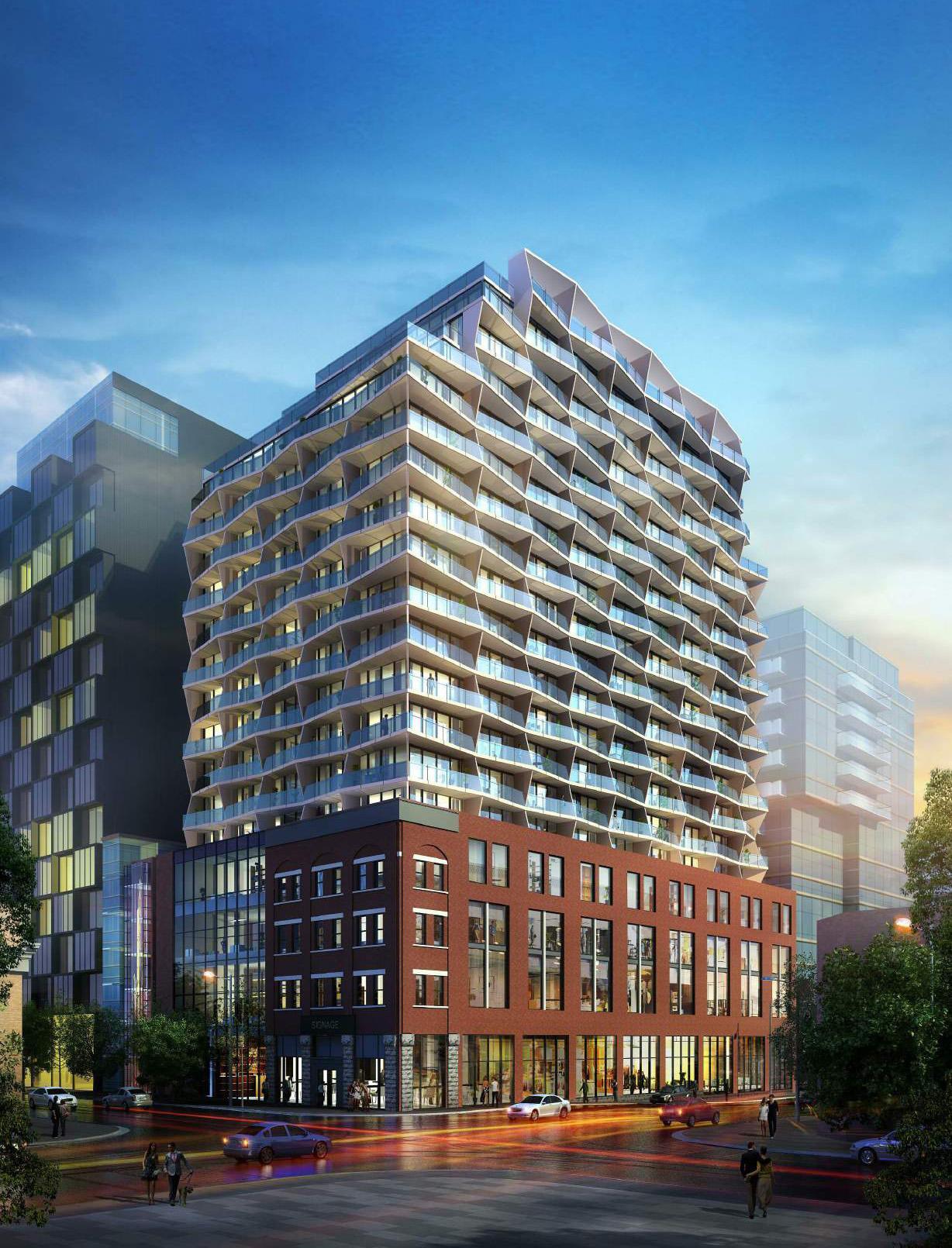 A revision of the plans saw these issues addressed, decreasing the height from 68 metres to 58 metres, changing the balconies completely, and retaining more of the north, west and south facades of the heritage building while introducing a fenestration pattern in the west wall that was more like the original windows in the north wall. The ground floor, meanwhile was still heavily modernized to house contemporary retail units. 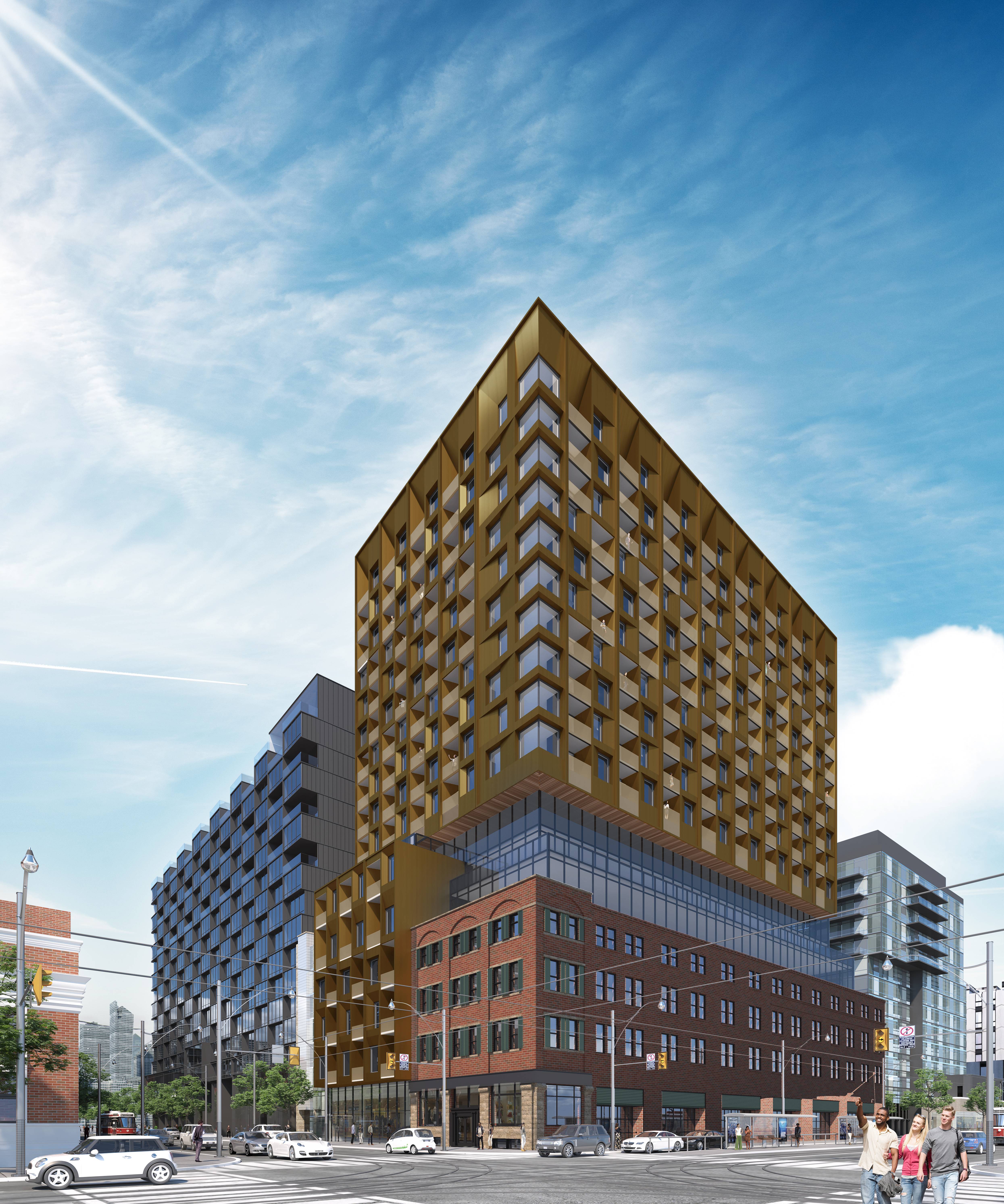 That revision was not the last, however, as another version is now being reviewed. The latest application reworks the exterior again, this time replicating and reinstalling a cornice that was removed from the building long ago, detailed in white. Lintels over the King Street-facing windows are also painted white, while white-painted pilasters and broad lintels all painted white articulate the pedestrian experience along King and Bathurst Streets. Where 647 King now stands—a nondescript one-storey building that will be demolished—a six-storey frontage in a design complementing 663 King would be built. Above the heritage building, the building steps back with a glass-clad reveal section at the fifth and again at the sixth floor, while a larger floorplate begins at the eighth floor, with inset balconies and glazing framed by two-storey sections of white panels.

The revised proposal would have a total gross floor area of 22,805 m², broken down into 21,551 m² of residential space and 1,254 m² of retail.The proposal houses 286 rental residential units, with 40 studios, 110 one-bedrooms, 103 two-bedrooms, and 33 three-bedrooms. A two-level underground garage would 51 parking spots. 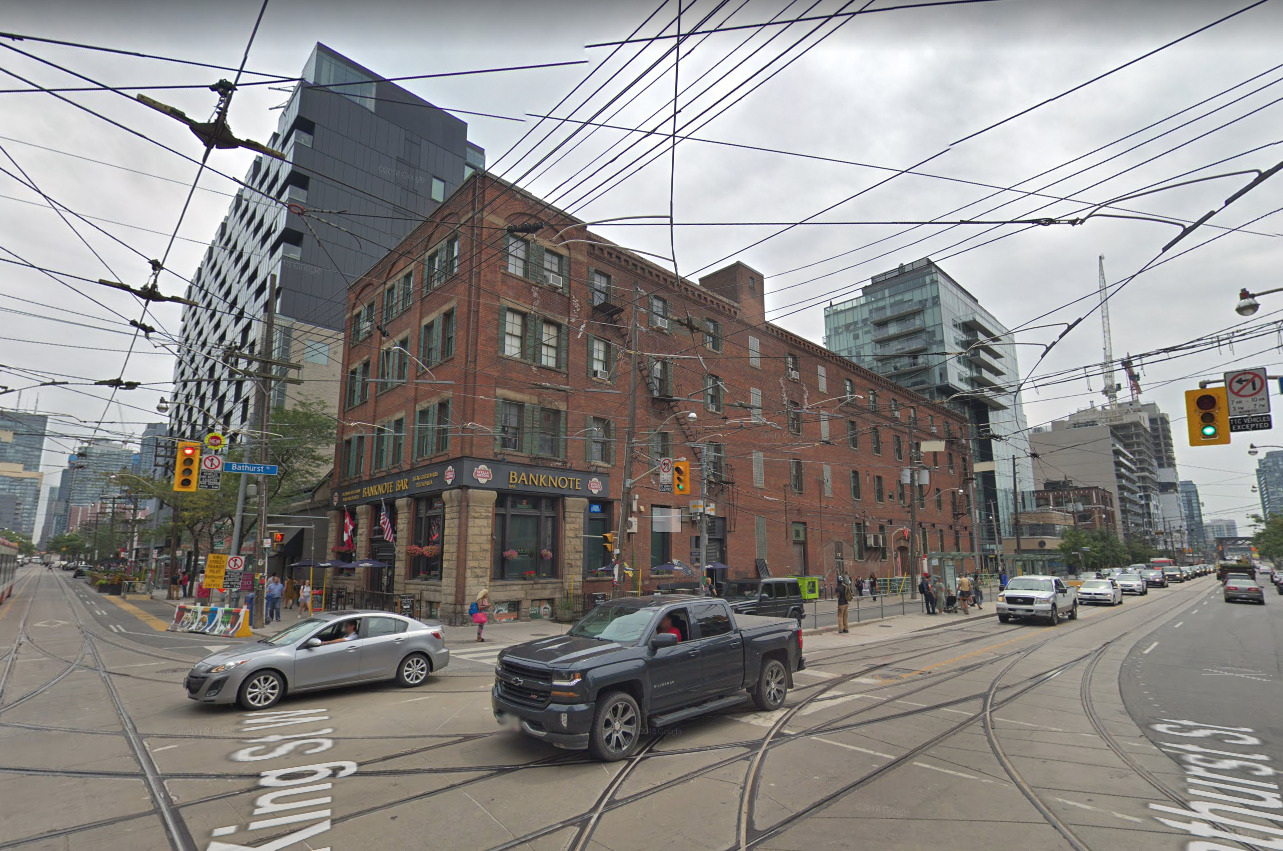