Revisions have been made to a proposed development in Toronto’s Don Valley Village neighbourhood, at 20 Godstone Road, first submitted to the City in February of 2019. Located just northeast of the Don Mills Subway Station, the proposal for the mid-rise development is seeking a zoning by-law amendment. Developed by Fieldgate Urban and designed by IBI Group, the proposal calls for 2 mid-rise apartment buildings rising to 9 and 12 storeys on a 1.1-hectare property that currently contains a 15-storey Tower-in-the-Park’ style apartment building in its centre. The new buildings would replace some underused open space and surface parking that fronts both Don Mills Road and Godstone Road. 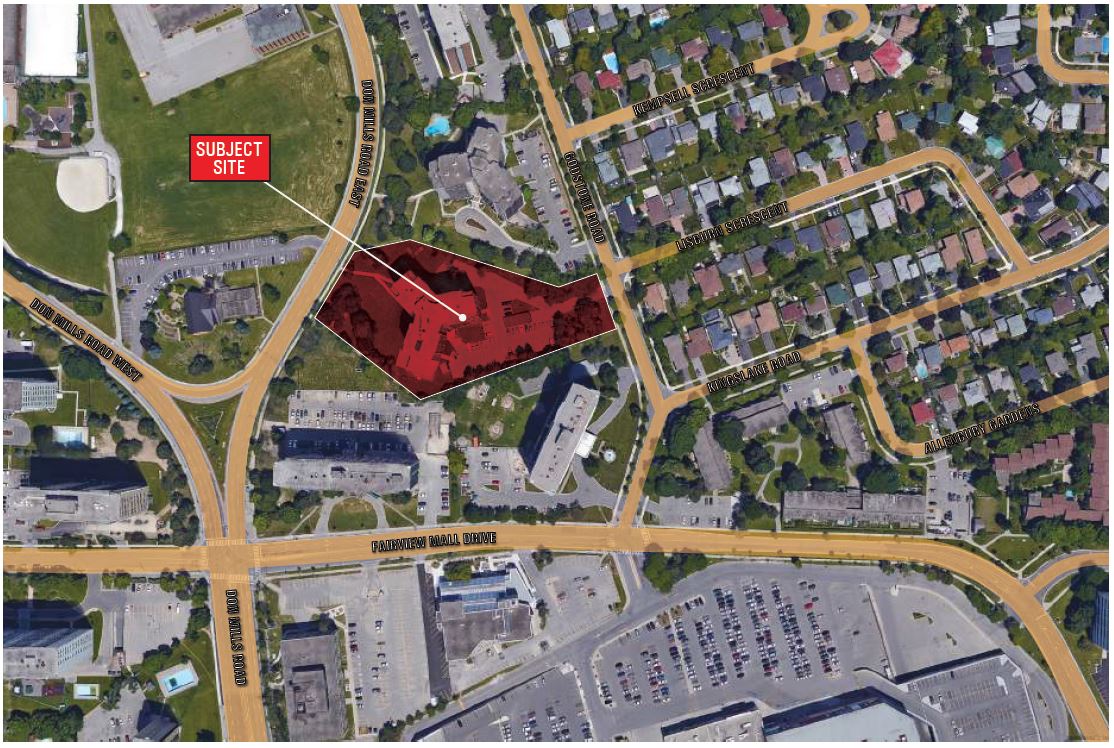 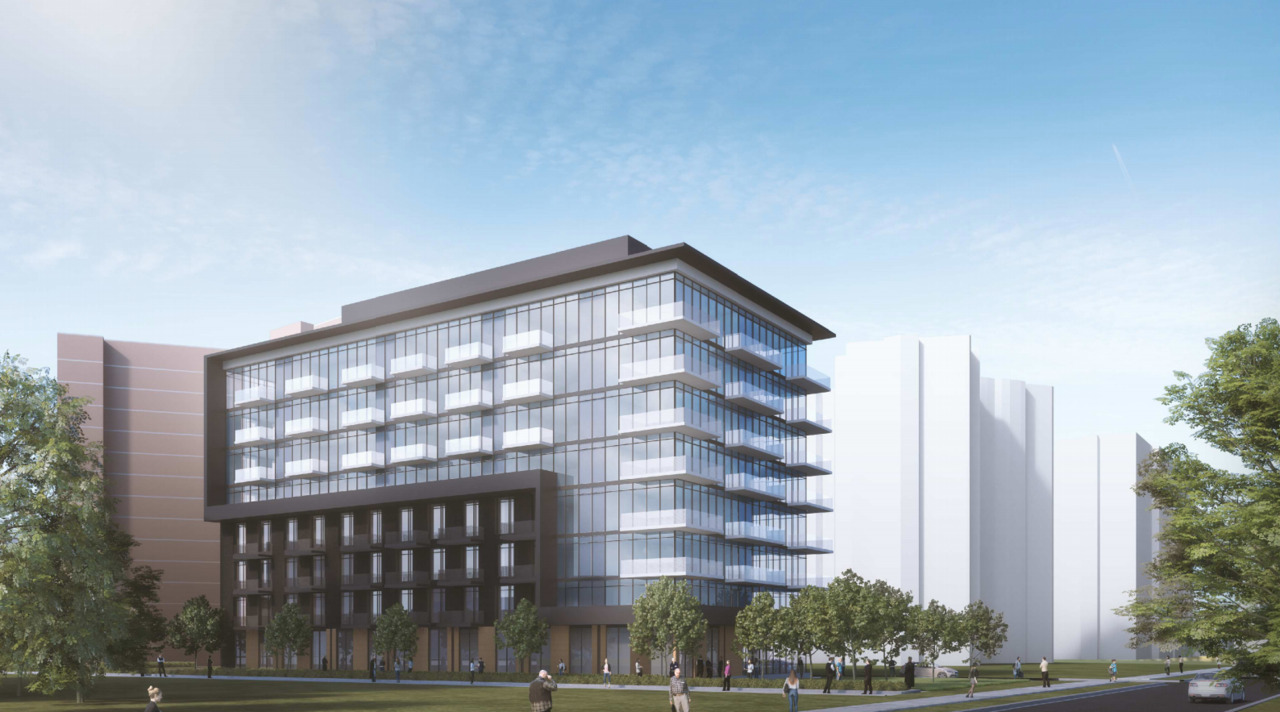 The new proposal sees the total Gross Floor Area (GFA) reduced from 34,480 m² to 31,939 m², all of it being residential space, with the number of proposed units decreasing from 248 to 225. The breakdown for the residential units in the revised proposal is 112 one-bedrooms , 91 two-bedrooms, and 22 three-bedrooms.

At 5.16 m² of total proposed amenity spaces per unit, the application provides more than the City requirement of 2 m² of indoor amenity space and 2 m² of outdoor amenity space per unit. A total of 368 parking spaces are proposed, 328 spaces for residents and 40 for visitors. Of these, 13 would be open surface spaces, and 355 being below grade in an underground structure.