A stretch of increased residential density is emerging along Toronto’s Dupont Street where several mid-rise buildings in planning or under construction are redefining the north side of the road. Now, another proposal submitted to the City earlier this month seeks Official Plan and Zoning By-law amendments to permit a development at 374 Dupont, located mid-block between Howland and Spadina. Named in a nod to the neighbourhood immediately south of the building, the project is referred to in documents as The Annex. 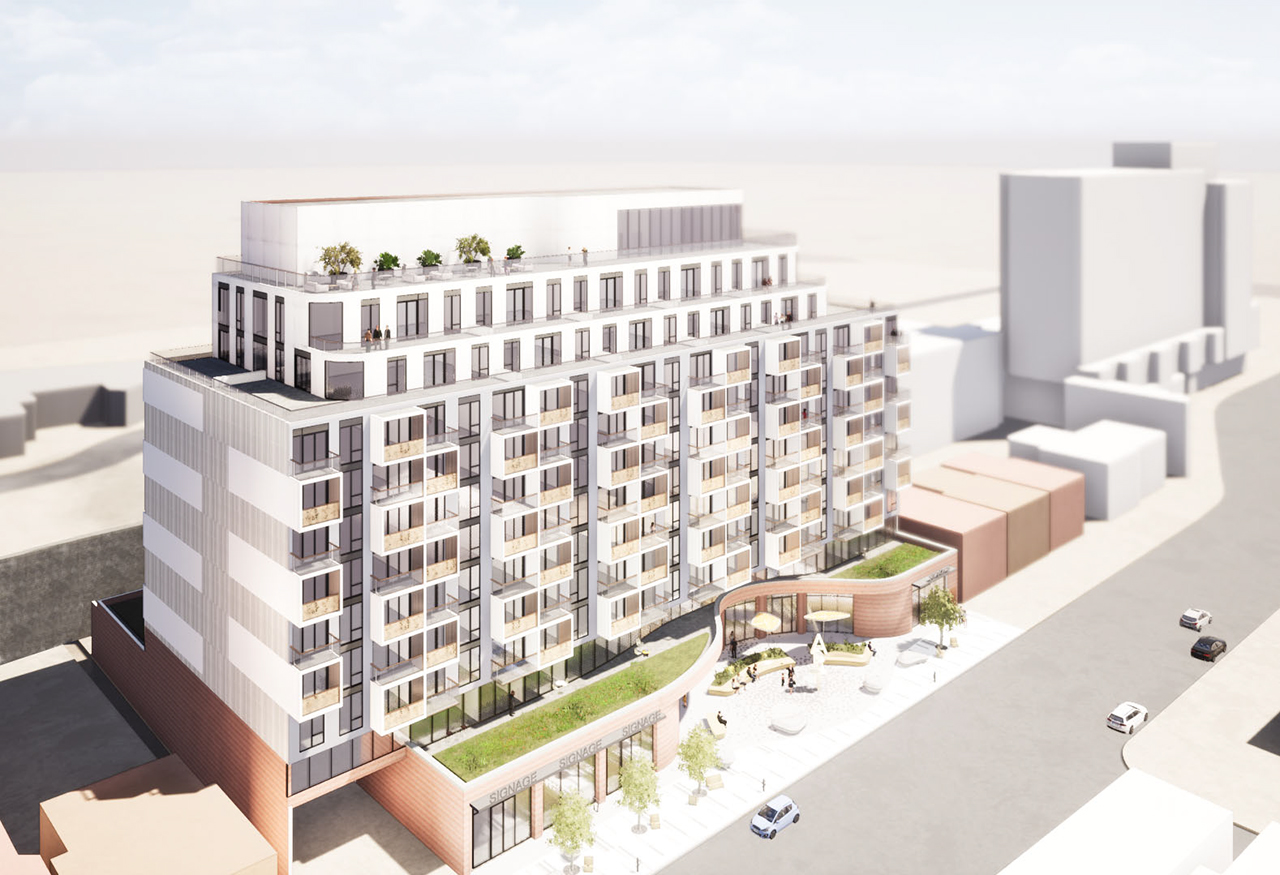 Looking northeast over The Annex, image via submission to City of Toronto

Proposed by developer Plaza, the plan calls for a BDP Quadrangle-designed building rising 12 storeys to a height of 41.7 metres, with a total gross floor area (GFA) of 18,455 m², 96% of which is residential space. The remaining area includes 756 m² of retail space on the ground floor. Residential rental suites occupy levels two through 11. The 12th level would house residential amenity spaces wrapped around mechanical penthouse space. A total of 230 rental units are proposed in a mix of 17 studios, 123 one-bedrooms, 67 two-bedrooms, and 23 three-bedrooms. 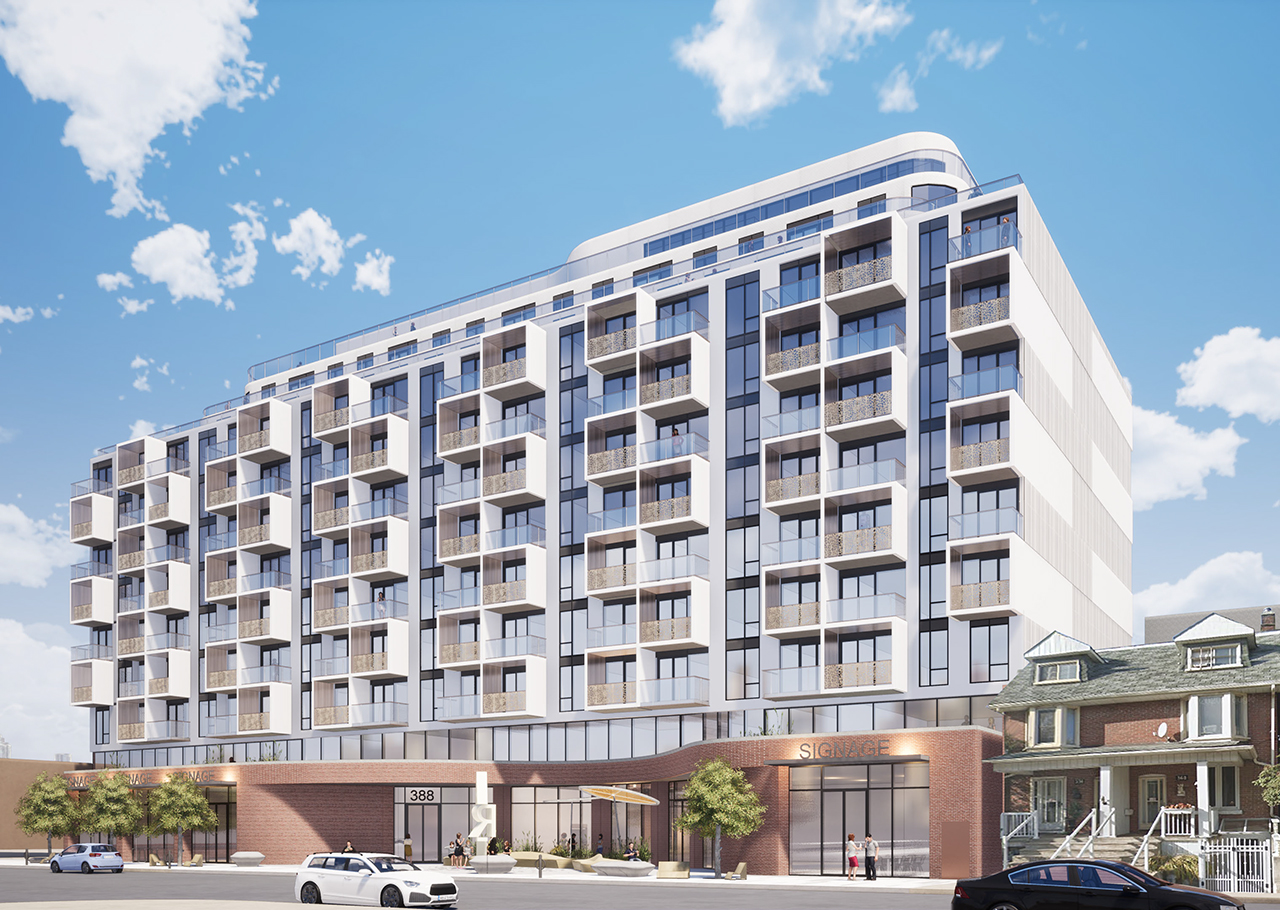 Looking northwest to The Annex, image via submission to City of Toronto

Among notable design features, Dupont Street is met by curvilinear forms on the first level, including a projecting canopy that would shelter retail patrons and residents. A 340 m² POPS (Privately-Owned Publicly accessible Space) formed by the building’s generous setback distance from Dupont provides a landscaped place to sit and interact with others, and with a public art piece to be chosen for the spot indicated. 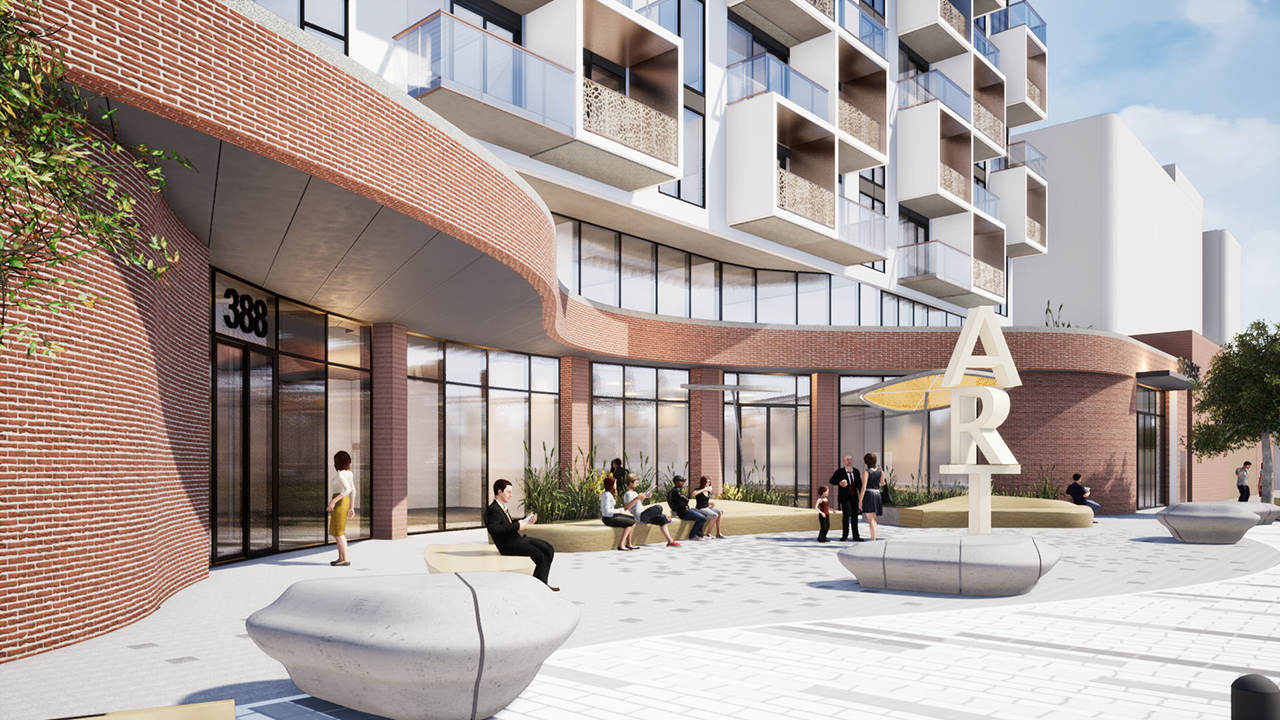 Public plaza at The Annex, image via submission to City of Toronto

Parking for the proposed development is to be housed on a single underground level, where 96 spaces would be provided in a mix of 83 resident and 13 visitor spaces. A total of 237 bicycle parking spaces are also proposed, including 207 long-term and 23 short-term spaces for residents, and 2 long-term and 5 short-term spaces associated with the retail space. Bicycle parking would be split between an at-grade secure bicycle and locker storage room, and along the west side of the building. 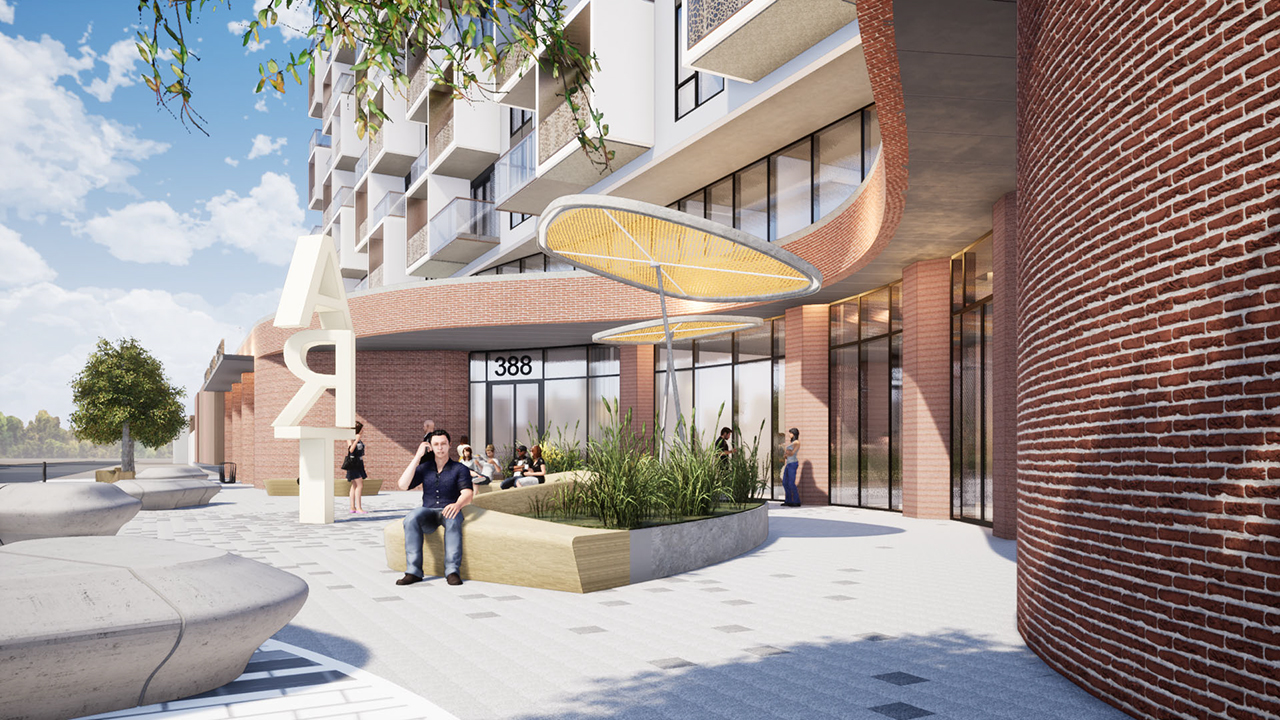 Public plaza at The Annex, image via submission to City of Toronto