Etobicoke’s Eatonville area could be home to an infill development, pending the success of Zoning By-law Amendment and Draft Plan of Subdivision applications to the City of Toronto from developers Tenblock for their property at 5 Capri Road, located on the east side of Highway 427 and immediately north of Burnhamthorpe Collegiate. The site currently contains a 24-storey apartment building, while the BDP Quadrangle designed proposal would add 3 new residential buildings connected via a shared podium south of the original building. 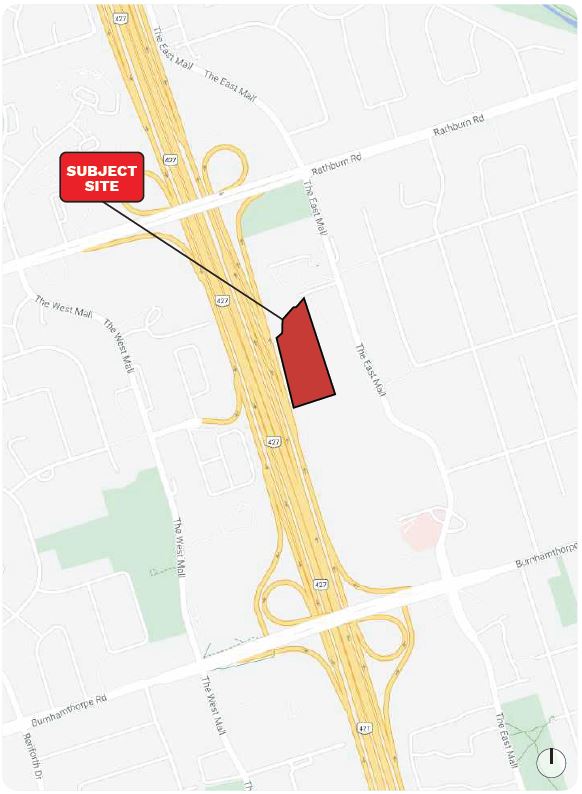 Location of 5 Capri Road, designed by BDP Quadrangle for Tenblock

The current 24-storey rental apartment was built in the early 1970s and consists of 327 units. The tower is built in the previous era’s ‘Tower-in-the-Park’ style, which left large expanses of un-programmed open space and surface parking on the site. Just to the north of 5 Capri is a 19 storey apartment building at 7 Capri Road, owned by Toronto Community Housing (TCHC). 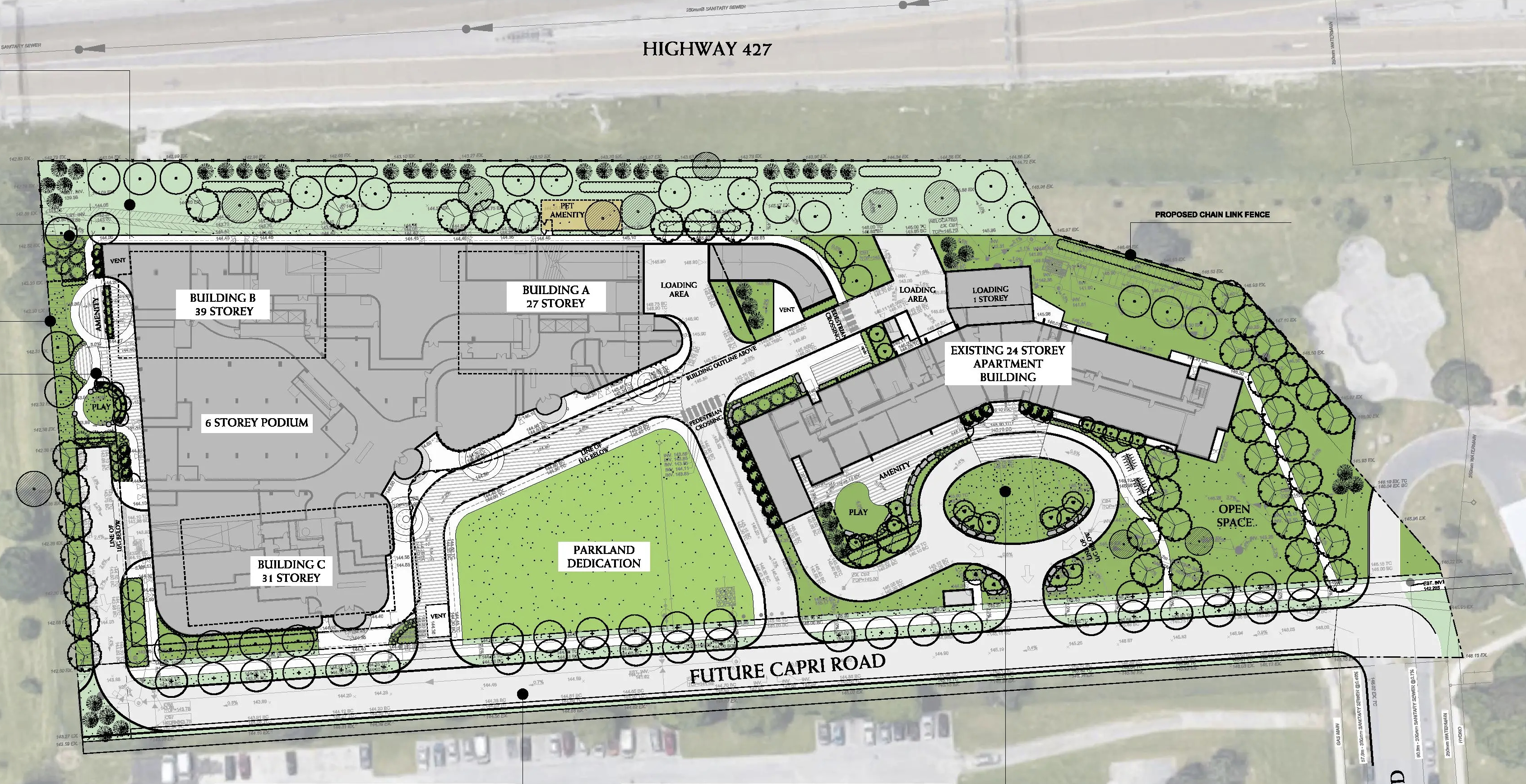 The proposal would add 3 new residential buildings rising to 27, 31, and 39 storeys from an enormous 6-storey podium. The second through sixth levels of the podium would consist mostly of above-grade parking, with residential units fronting its eastern side and some of the south side. The buildings would have a gross floor area of 67,444 m². 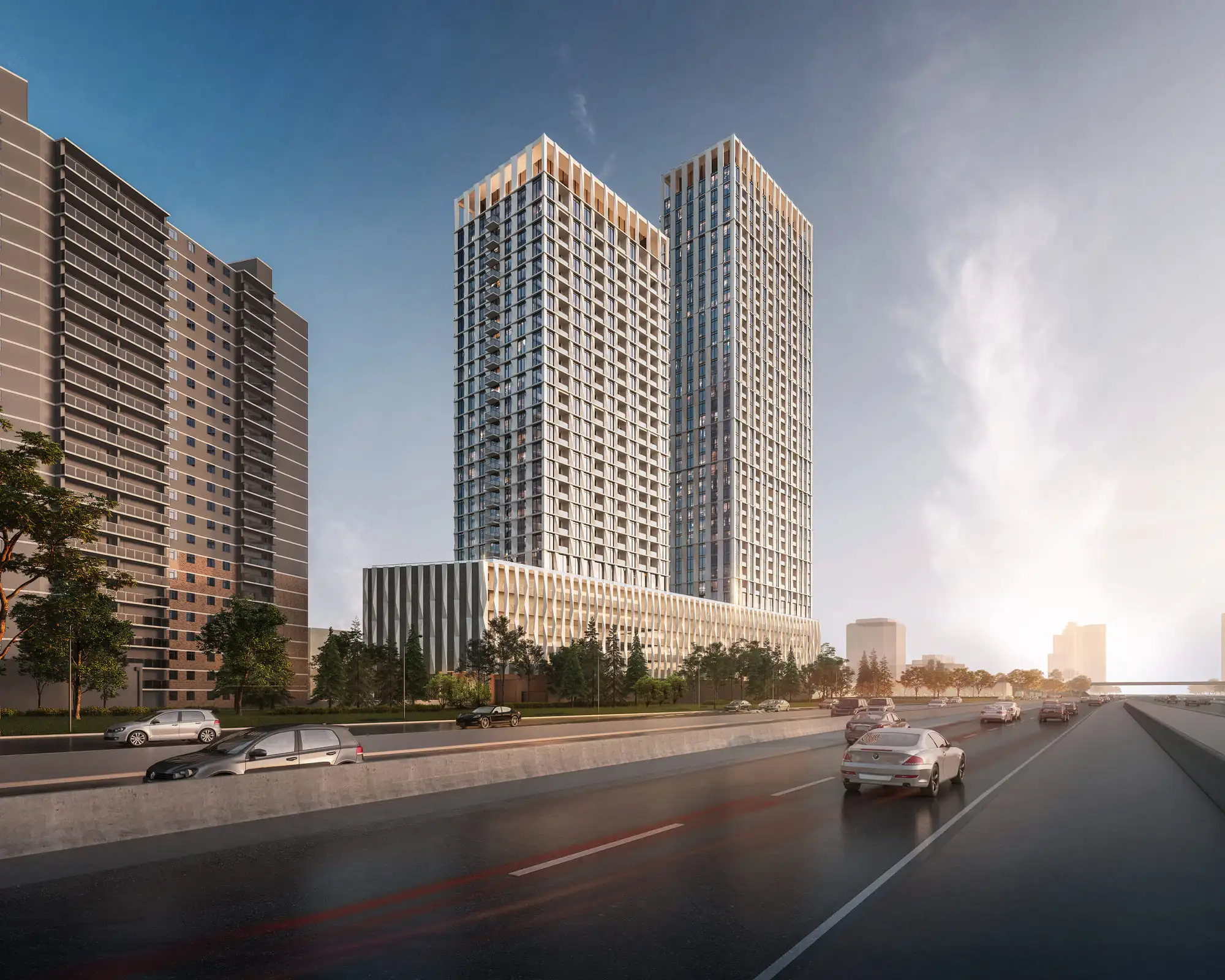 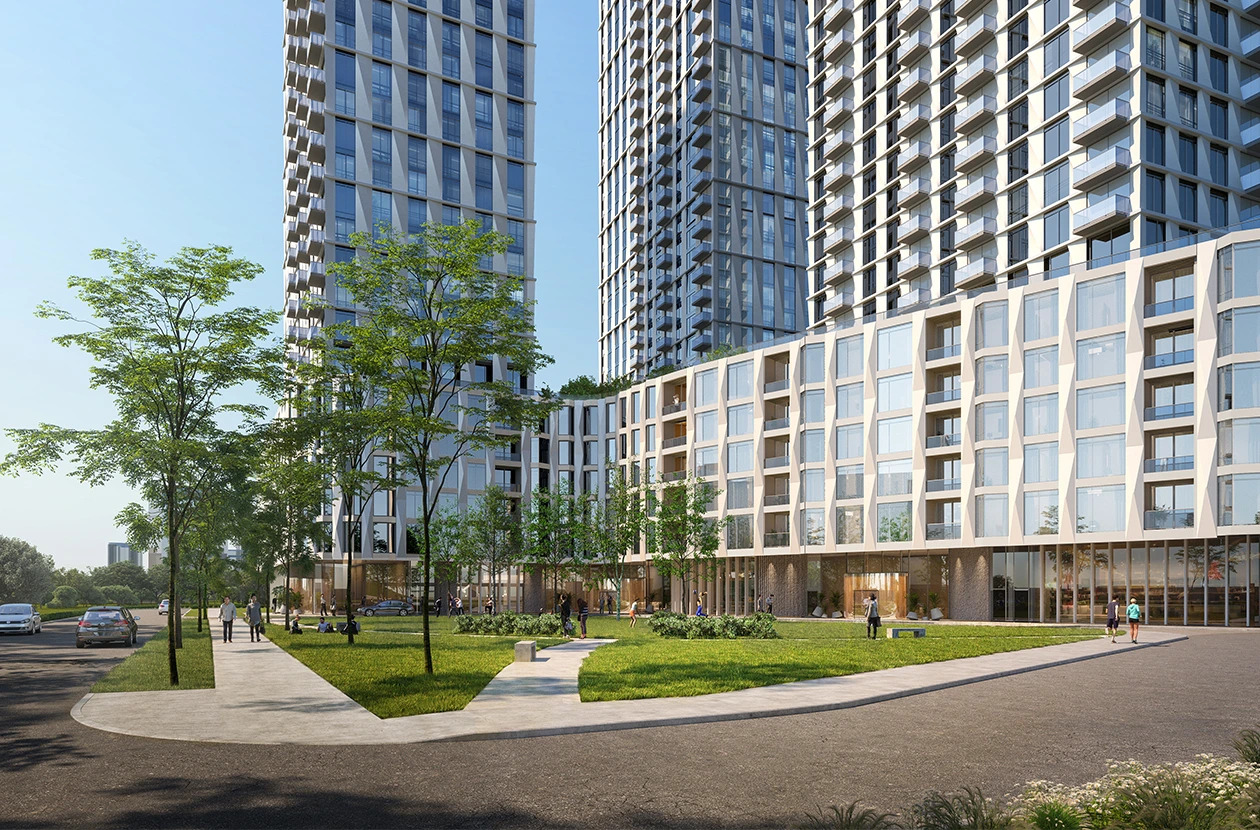 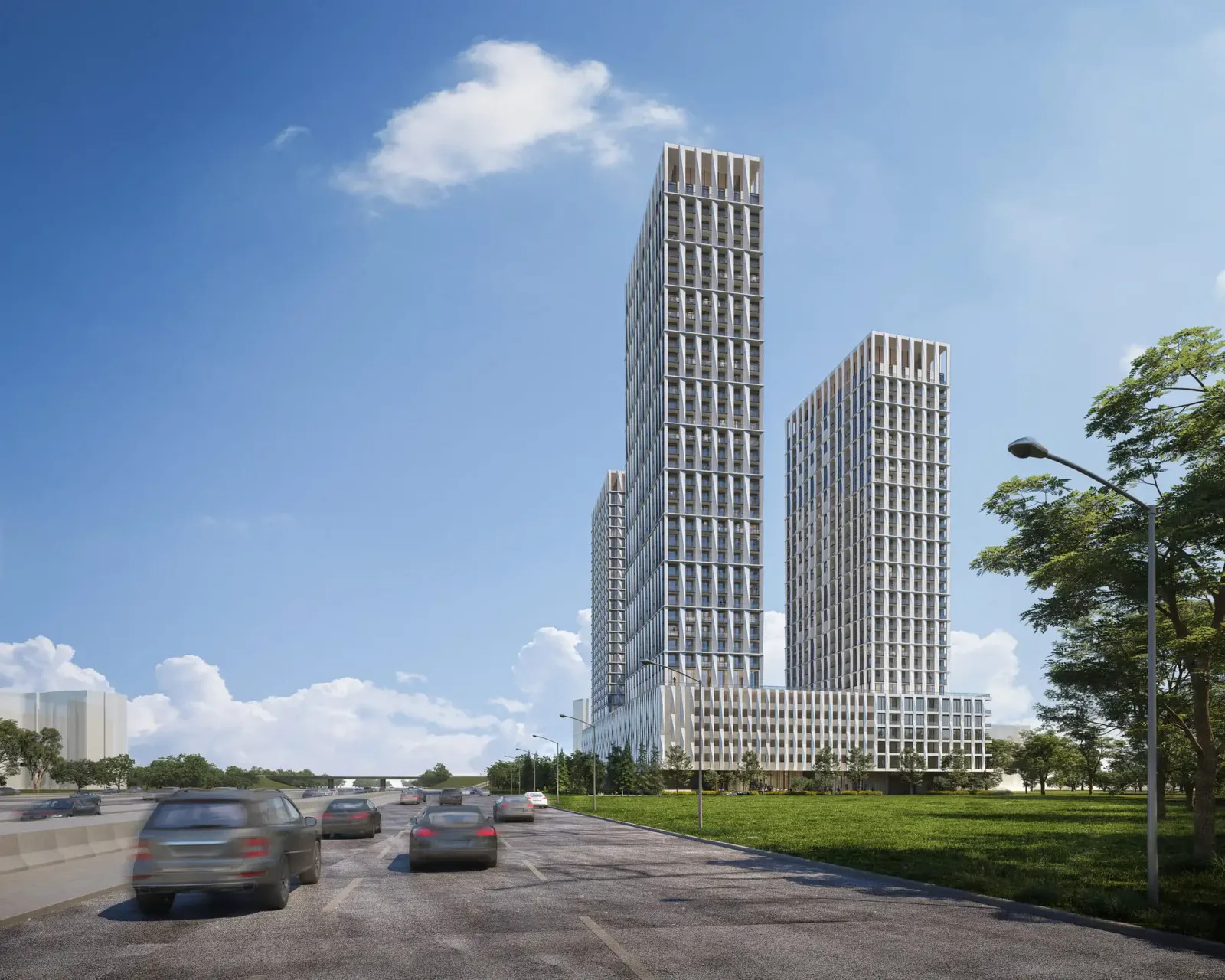 A total of 1,214 parking spaces are proposed to support both the new and existing building, with 1,089 spaces for residents and 125 spaces for visitors. Of these, 529 are planned above grade whilst 685 are below grade. There are 630 resident bicycle spaces planned, and 65 for visitors. The existing building is proposed to have a further 23 new visitor bicycle spaces. The underground parking would include 116 spaces from a retained portion of the existing 2-level garage for the 24 storey building, while the rest of the existing garage would be demolished and reconfigured. 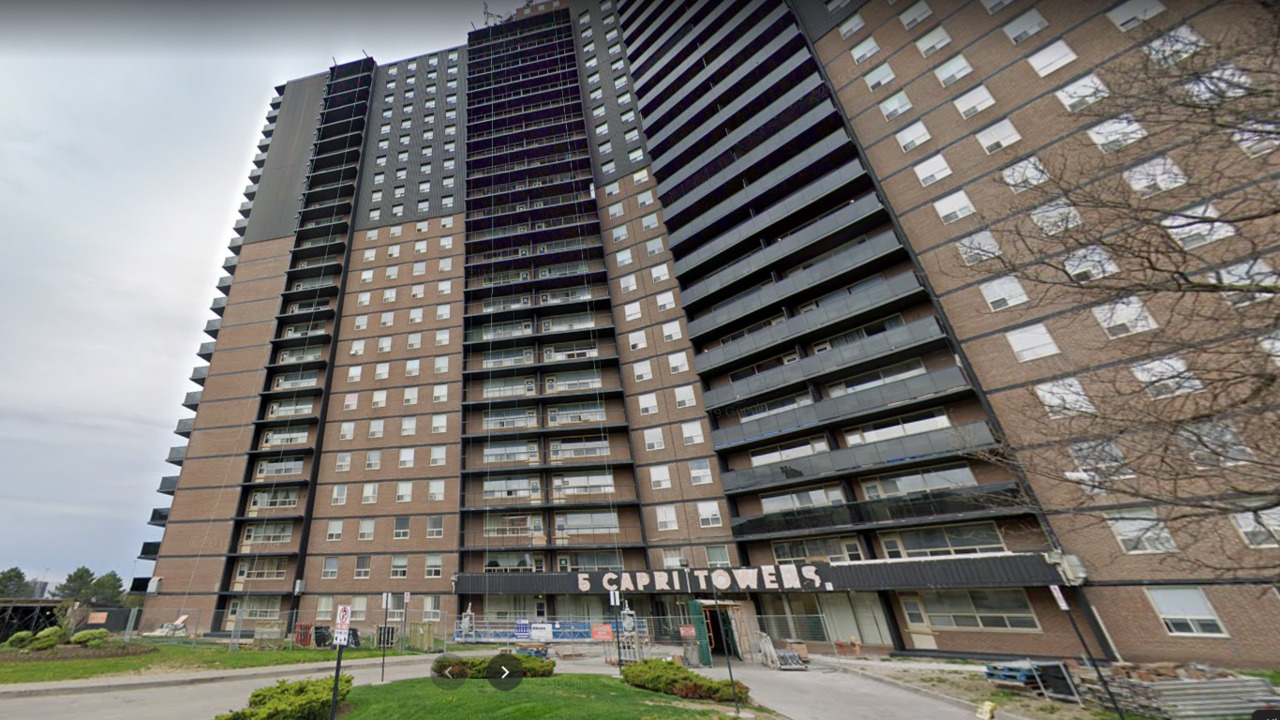 Additional information and images can be found in our Database file for the project, linked below. Want to get involved in the discussion? Check out the associated Forum thread or leave a comment in the space provided on this page.