Heritage Yonge Street Theatre Facade to Live On at The Capitol

A former landmark theatre’s signature entrance is to live on at the base of a new Midtown Toronto condo development named in its honour. In the lead up to the upcoming launch of Madison Group and Westdale Properties‘ new project ‘The Capitol‘ in mid-2021, the first marketing material is offering a more detailed glimpse at how the 1918-built Capitol Theatre’s Yonge Street presence will become a signature part of the new 14-storey, Turner Fleischer Architects and Hariri Pontarini Architects-designed building. 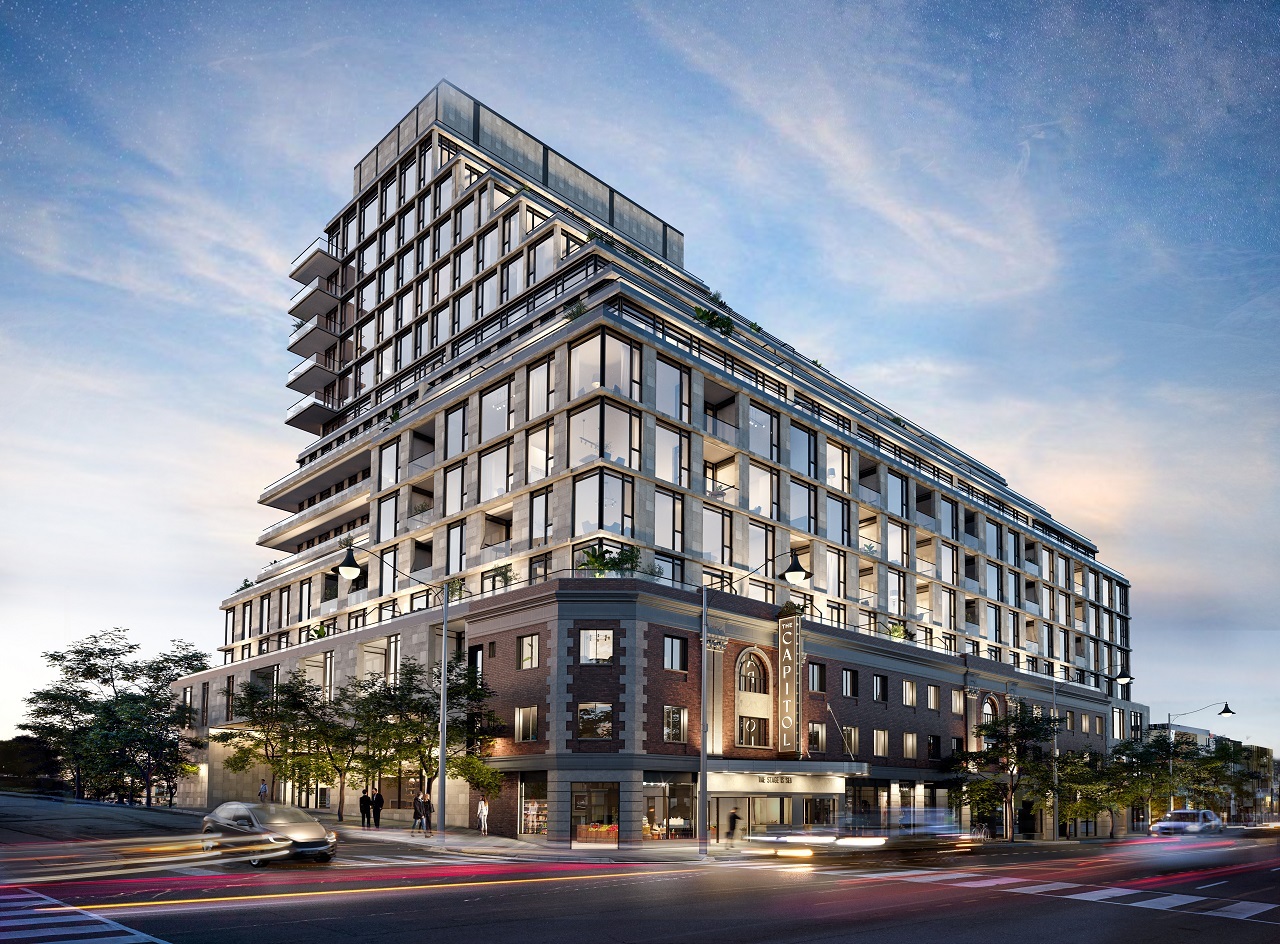 Looking northwest to The Capitol, image courtesy of Madison/Westdale

While large areas of the existing building on the northwest corner of Yonge Street and Castlefield Avenue will be taken down to make way for new construction, The Capitol will include the preserved main façade, vestibule and theatre components from its namesake venue, in addition to the 1946-renovated canopy structure that added a Streamline Moderne look to the building’s Yonge frontage. These retained heritage elements will help to give the new terraced condominium building rising behind and above a well-established look, while preserving the existing landmark’s contribution to the character along this stretch of Yonge.

Changes to the preserved theatre exterior are to include a rebuilt vertical marquee bearing the project’s branding, replacing a less-prominent marquee that exists today. Retail is to remain an important part of the site’s connection with Yonge Street, with the new building’s heritage base to be animated by 1,332.9 m² of retail space at grade. The new-build sections behind the heritage are to be finished in a limestone-toned precast concrete that will serve as a complementary backdrop to the existing aesthetic. 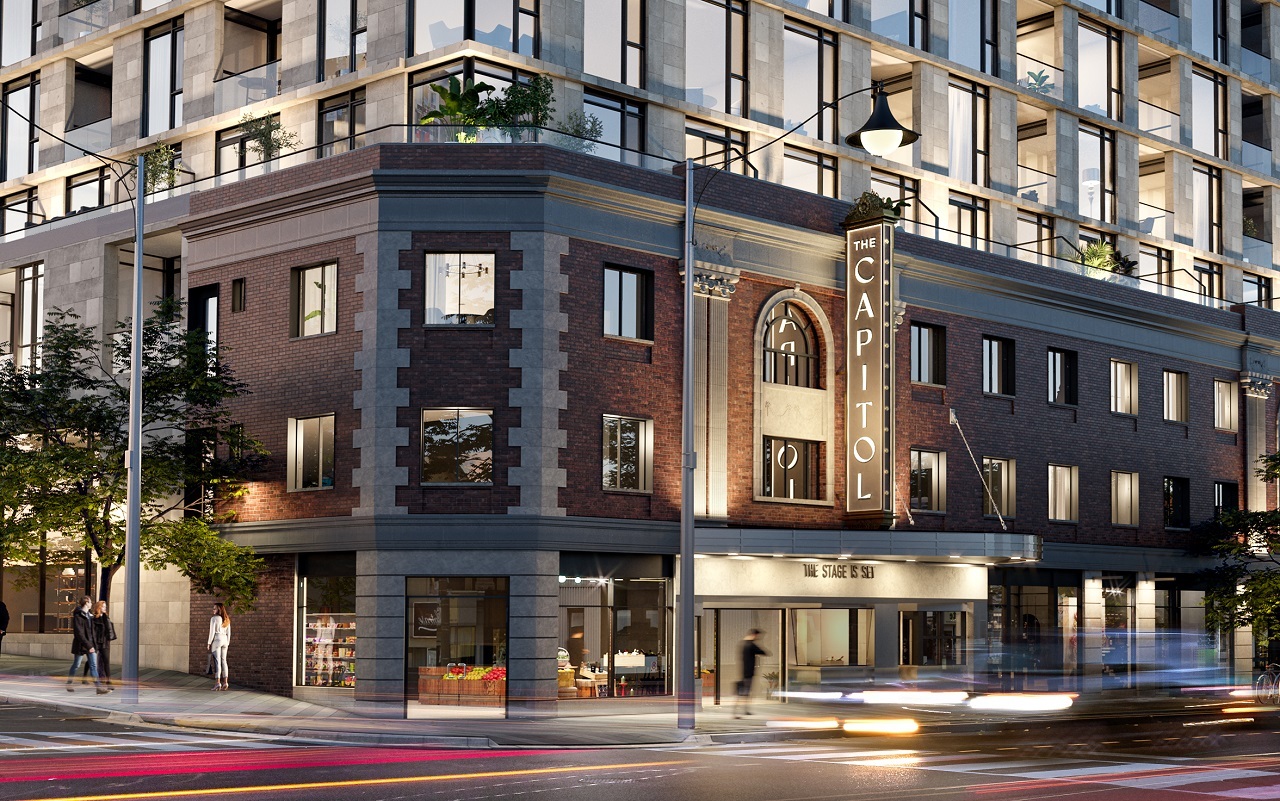 The project is now accepting registrations. More renderings and more detailed information is expected to be released soon to promote the coming launch.