Just north of Toronto’s North York City Centre area, the first phase in a new multi-tower development has begun its rise above Yonge Street. For about two years now, we’ve been keeping a close eye on construction of Aoyuan International‘s M2M Condos, ever since local staple Newtonbrook Plaza and an adjacent office building were demolished to clear the site for the start of the M2M project. In recent months, progress has been rapid, with notable milestones surpassed almost monthly, the latest having occurred in the past few weeks when the first above-grade forming began.

Following the completion of demolition work, shoring and excavation started in Fall, 2019. The dig reached a final depth of 13.3 metres below Yonge Street in Spring, 2020 and the first tower crane was installed in July. Another three cranes would follow, installed at approximately one-month intervals. Over the months since, forming of the four-level underground garage has largely been accomplished, culminating in the recent arrival at grade. 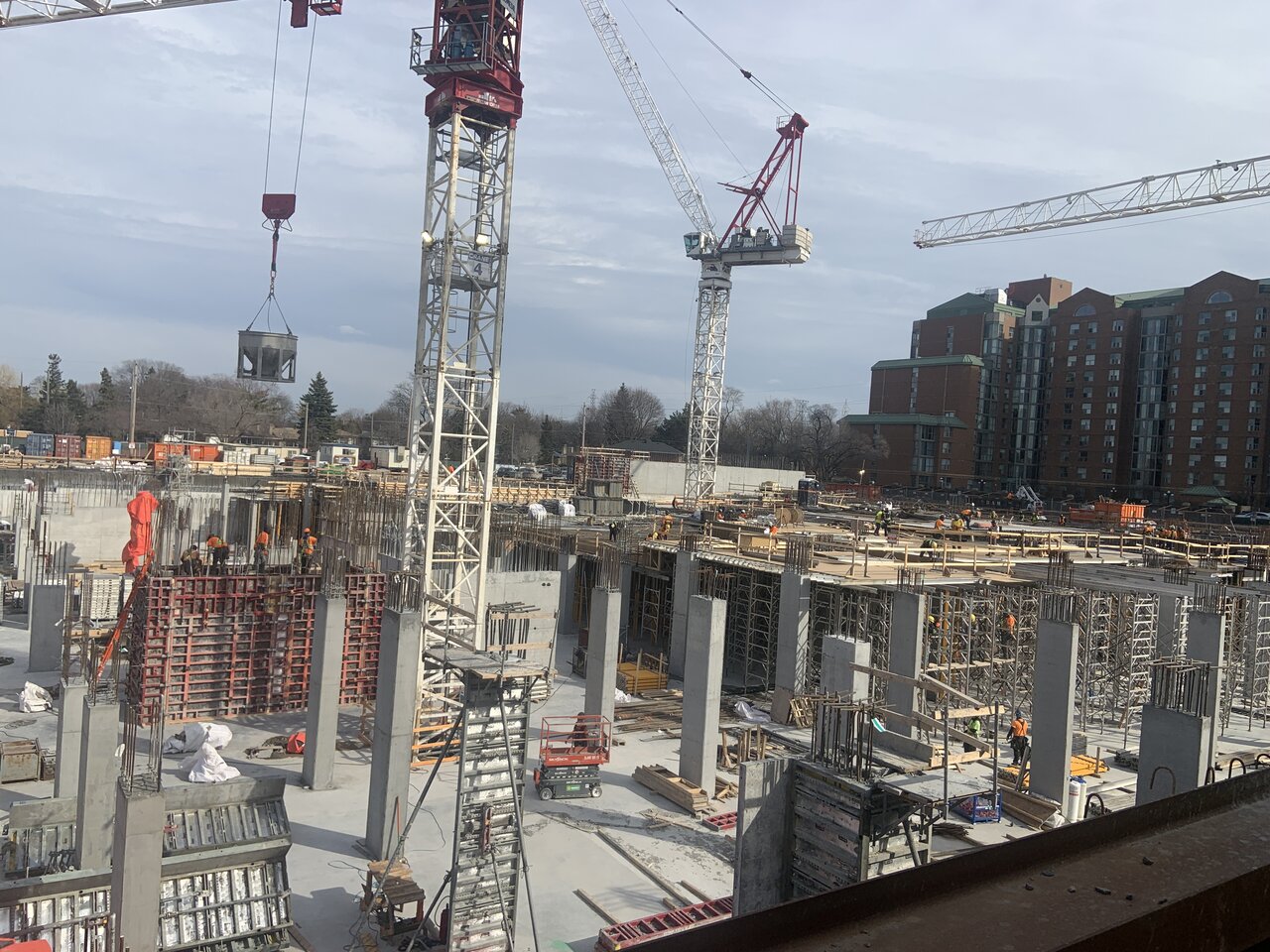 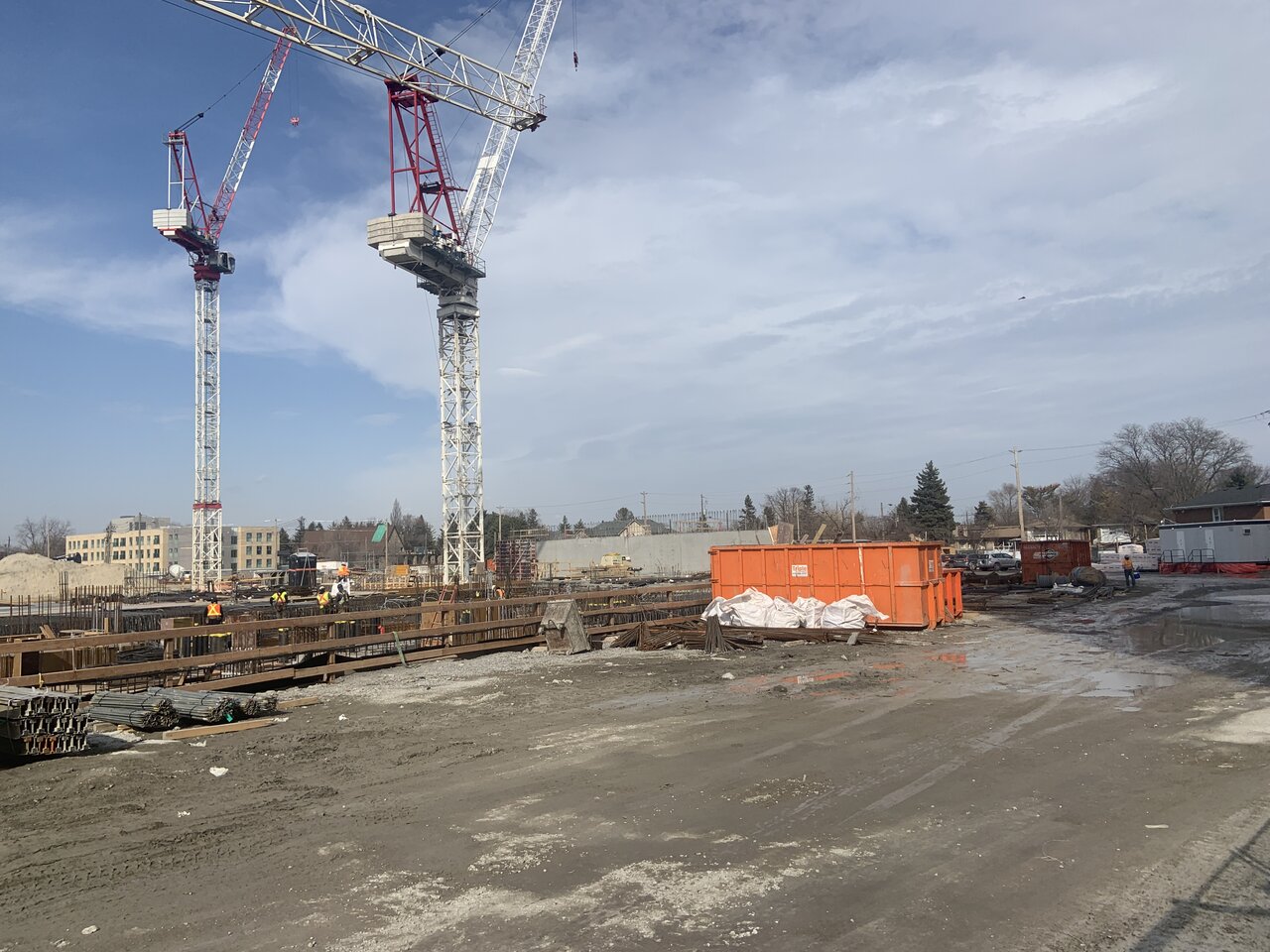 To the north, forming of the last sections of the P1 parking level is progressing, with this section of the site to rise above grade as well within the coming weeks. 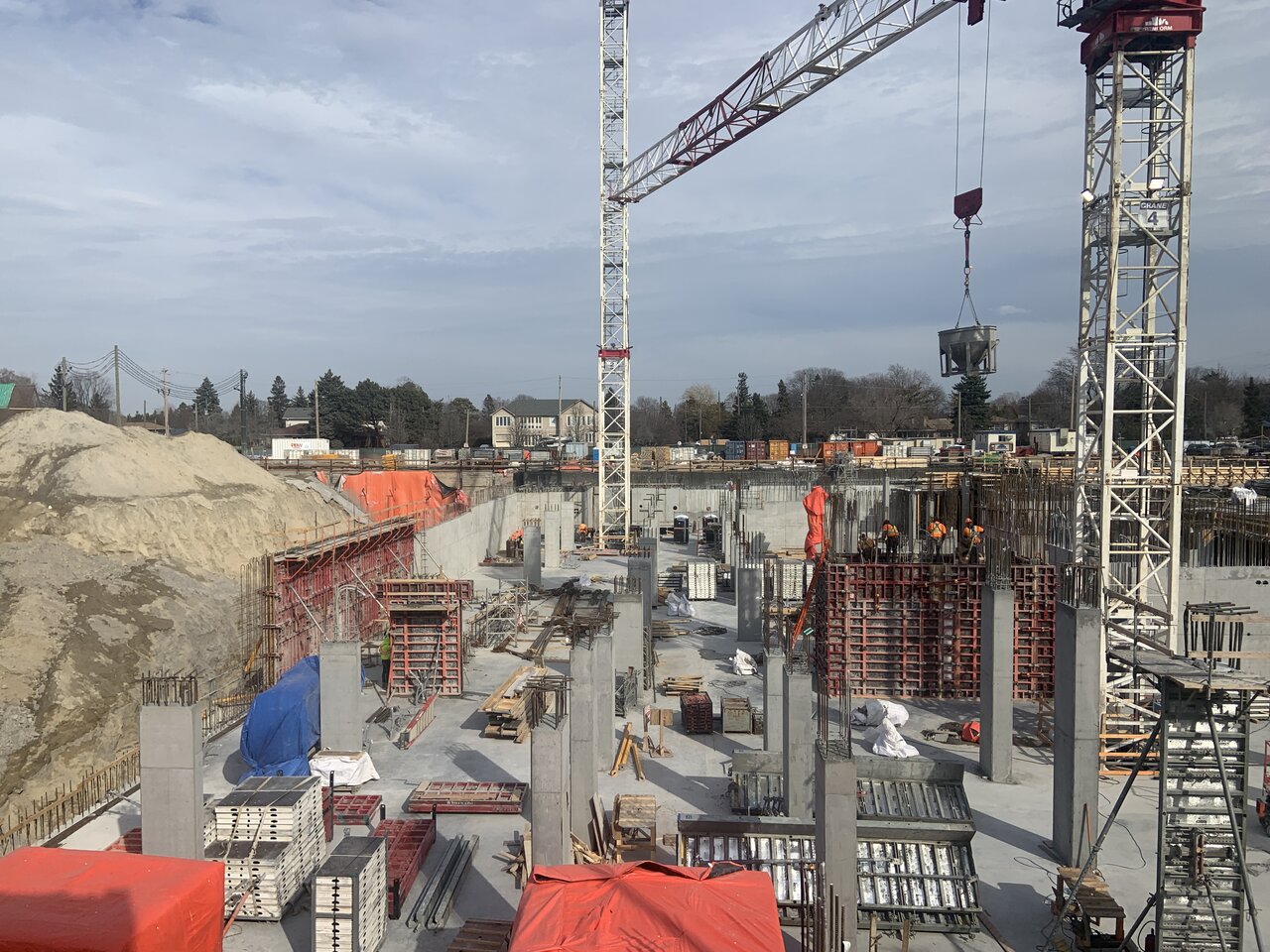 The first phase’s 34 and 36-storey condominium towers are to be followed by three more buildings immediately to the north. Site preparation activity has been setting the stage for construction of phase two, and a recent planning submission to the City is moving plans forward for the new towers as construction presses on for phase one. 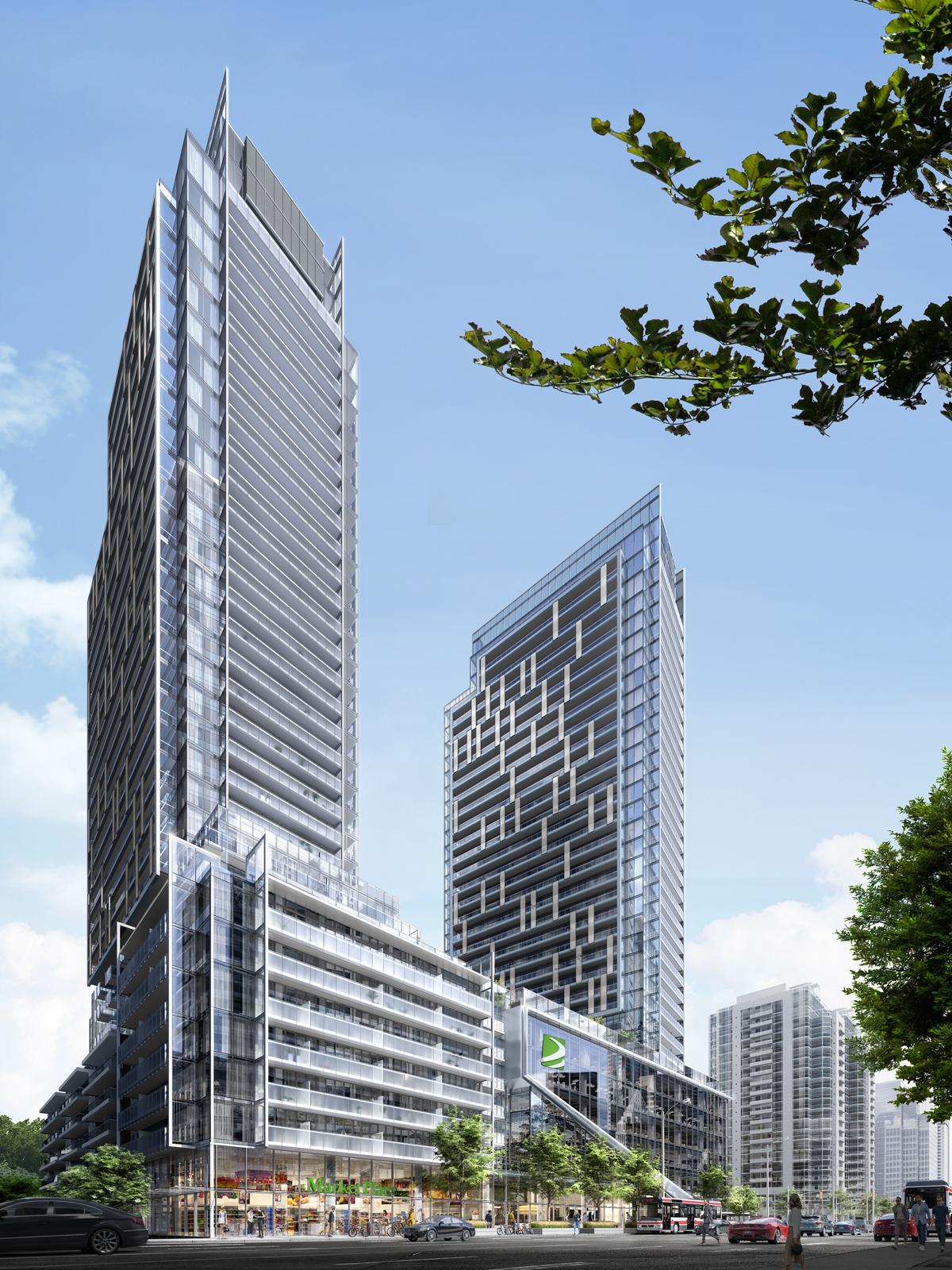