The wheels have been in motion on the King Toronto site since demolition began to clear away existing buildings in late 2019, immediately followed by retention work for the sections of heritage buildings that are being incorporated into the new complex. The first signs of construction followed in June, 2020, when drilling rigs arrived to begin work on the site’s shoring system. We last checked in on the project back at the end of October, 2020, when shoring had wrapped up along the site’s west end and portions of the north and south ends, allowing excavation to begin in these areas.

Four and a half busy months of construction since have included the completion of shoring at the south and east ends of the site, along with the remaining clearance of the rears of heritage buildings, their front walls stabilized for the time being by steel support structures along King Street. Excavation has bottomed out across the western half of the site, allowing for the most recent construction milestone in the raising of a tower crane.

Space for a crane base was etched out from the bottom of the excavated pit’s west end in mid-February, with a crane base following shortly thereafter. Towards the end of the month, the tower crane was raised with the assistance of a mobile hydraulic crane parked at the south end of the site close to Wellington Street. 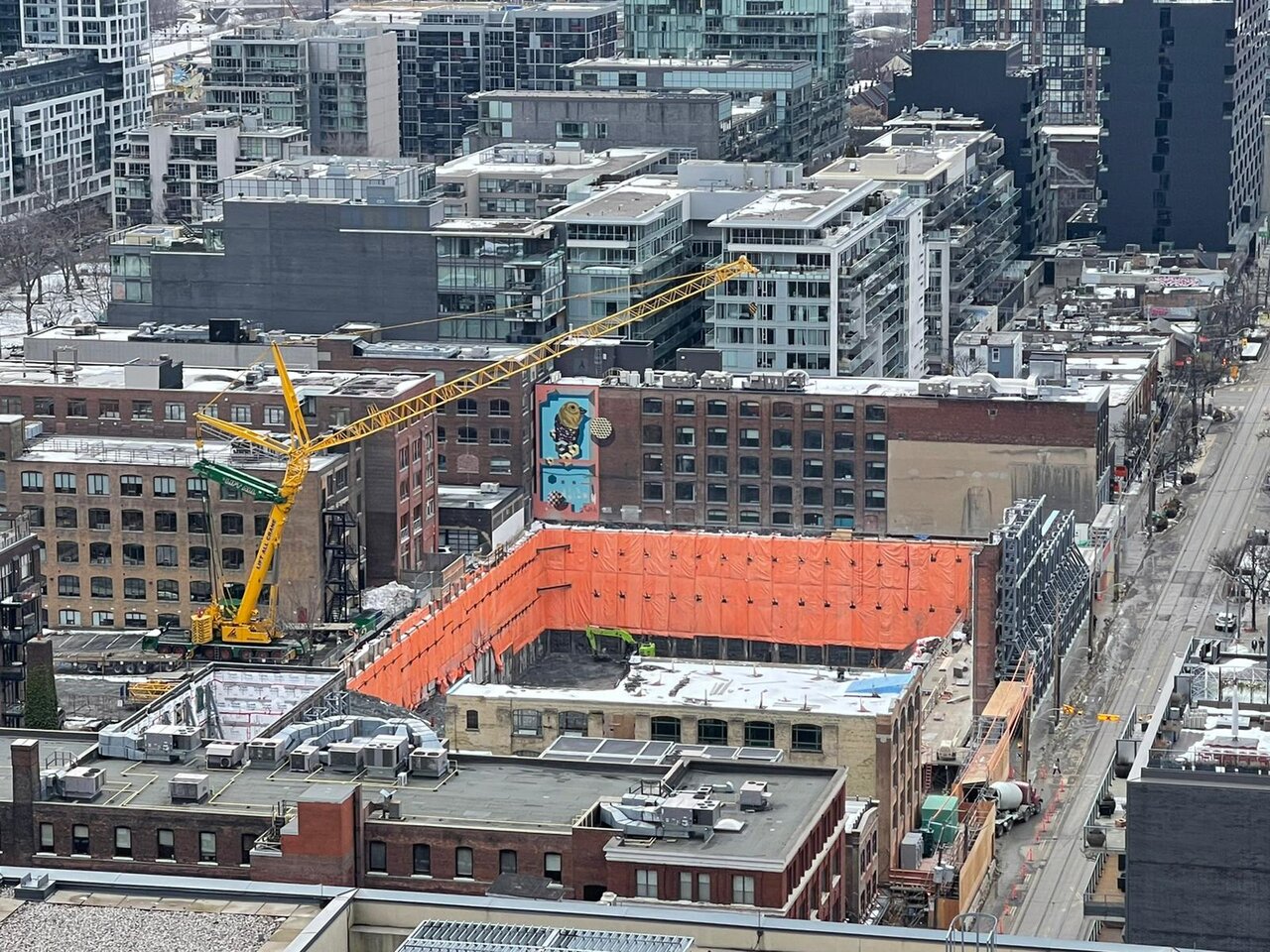 With the crane now in place, forming will soon begin for the site’s underground structure, including its foundations, three levels of garage, and one retail level. 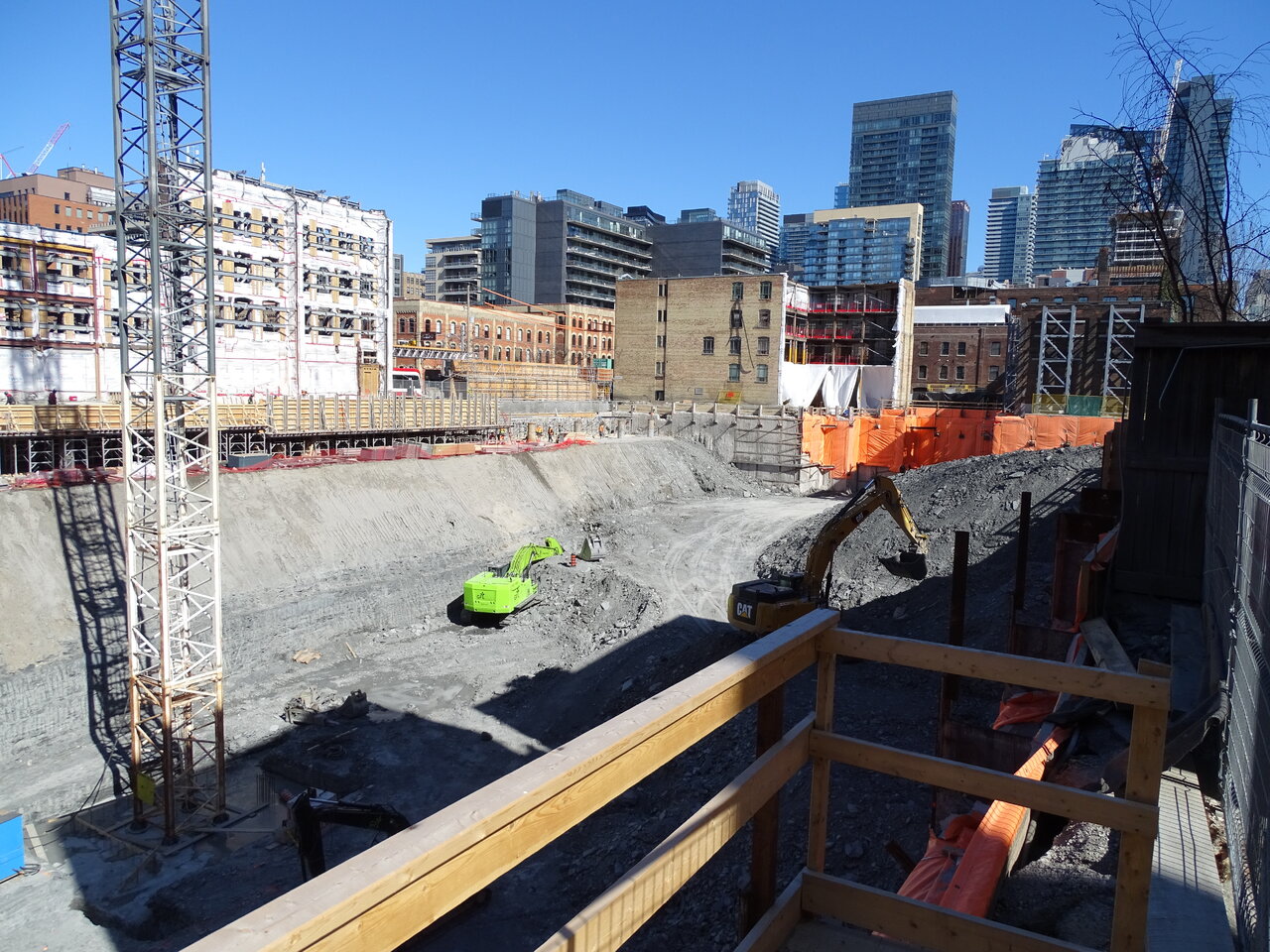 Meanwhile, excavation has continued on the remaining site footprint, most visibly along the north side following the completion of demolition for the rears of heritage buildings. The completion of heritage rear demolitions allowed drilling rigs to form the final sections of below-grade shoring walls. With these caissons in place, work has begun on extending the staging platform that overhangs the pit at the west end of the site. Formwork and rebar cages for it now extend eastwards across the site’s north end. Once excavated, the space below this long platform will begin to be filled in by the complex’s underground levels. 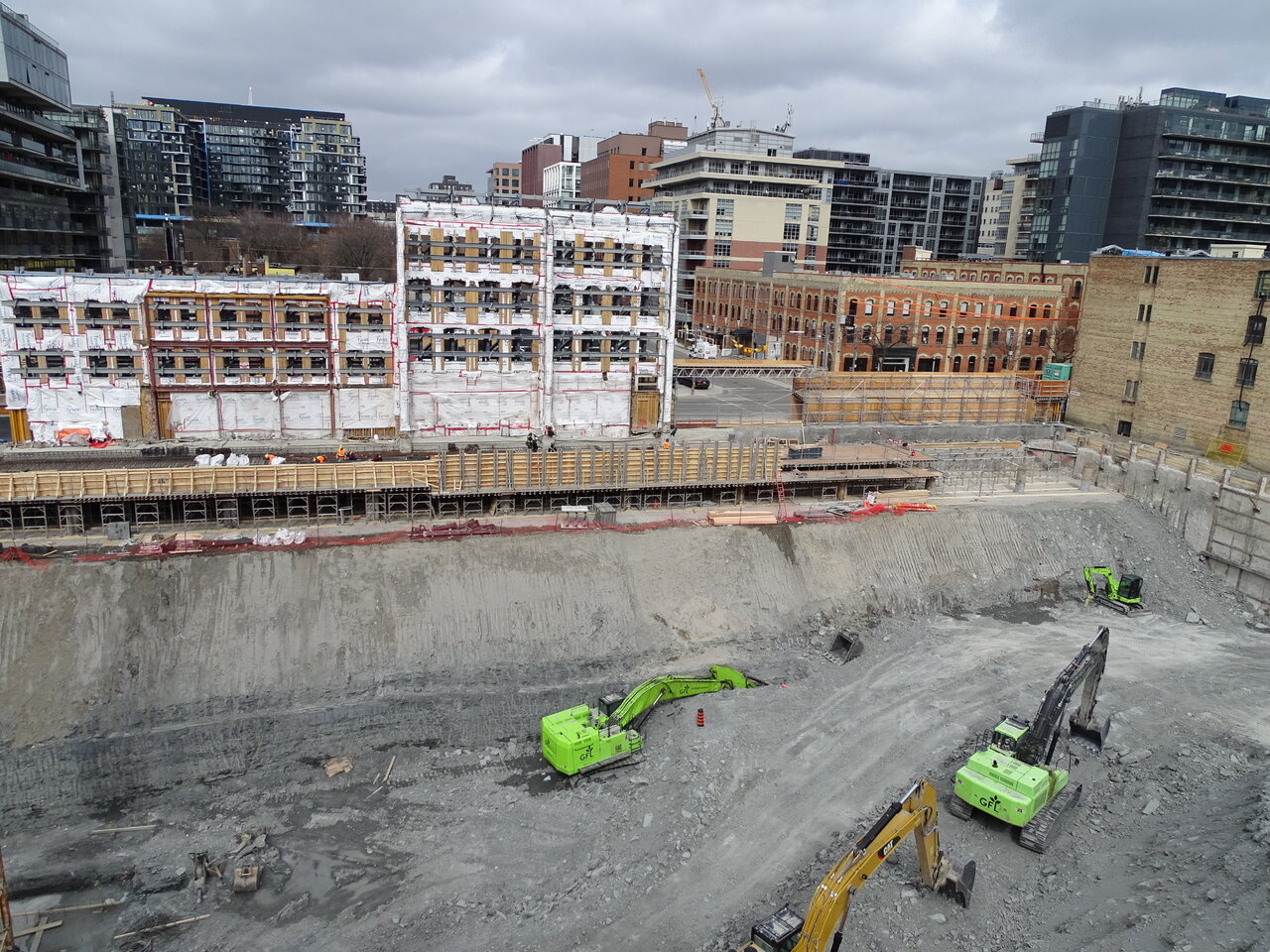 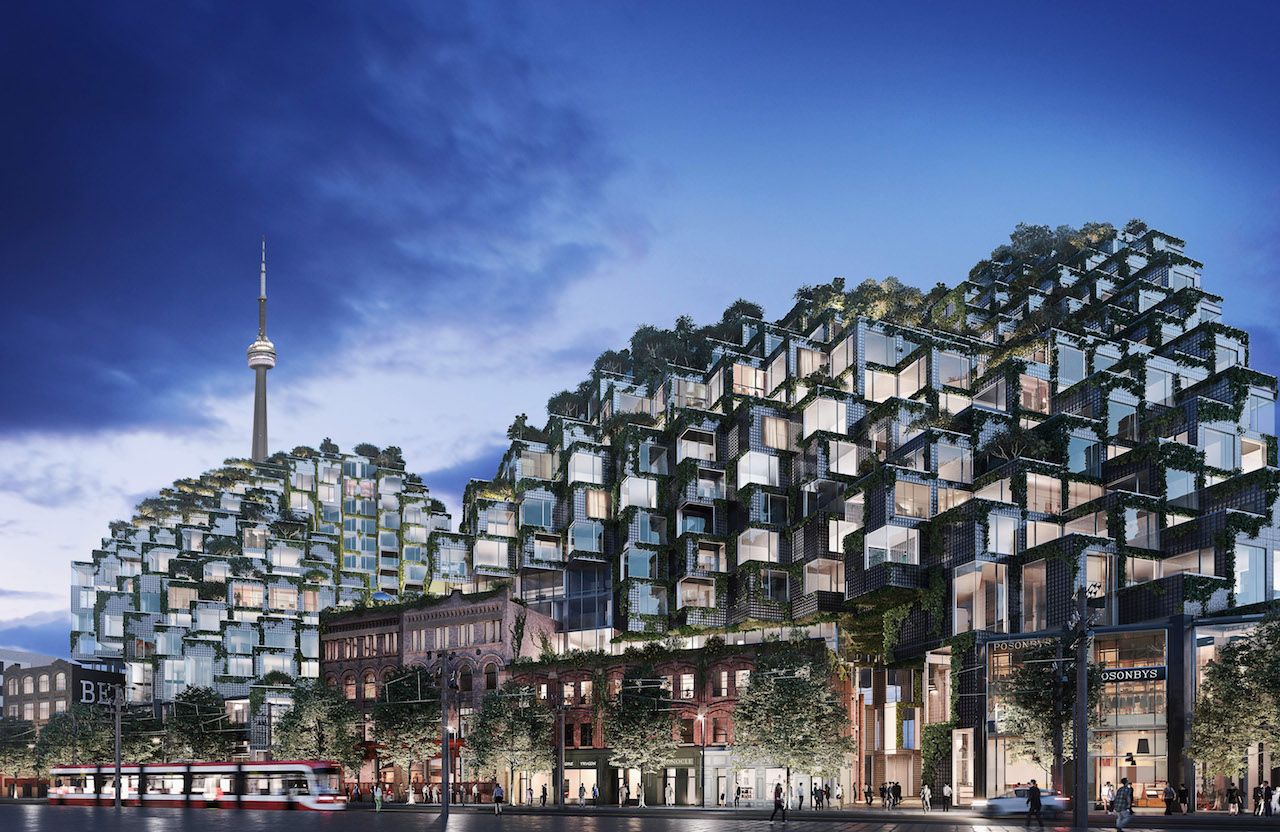 Looking southeast to KING Toronto, image via submission to City of Toronto