Investment volumes in the Greater Toronto Area’s commercial real estate market decreased year-over-year in Q3-2020, but, along with Montreal, the region remains investors’ Canadian market of choice, according to report from Altus Group.

Through the first three quarters of the year, $11.9 billion was invested in the GTA, a 23% decrease from the same period in 2019; the $4 billion invested in the country’s most populous metropolitan region last quarter also marked a 23% decline from Q3-2019. The report noted that, at $1.1 billion, the land sector—comprised of the industrial, commercial and investment sector, as well as residential land and lots—was the only one to surpass the billion-dollar mark in the third quarter, with $665 million coming from the industrial space. This was followed by the apartments sector at $575 million.

Among the most significant transactions during the quarter, according to Altus Group’s report, were Signet Realty’s sale of seven multi-residential assets to Starlight Investments and Timbercreek Asset Management—the former acquired 386 units for $113 million and the latter received 289 units for $80 million.

Additionally, 277 Wellington St. W. was acquired by Reserve Properties and Westdale Properties through a joint venture, and at $78.5 million, the nine-storey 100,000 square foot building is considered by Altus to be the largest office transaction in the GTA during Q3-2020. The group also believes the site could be a lucrative infill site in the next few years.

The report mentioned that the retail and office sectors had difficult third quarters because of the COVID-19 pandemic, opening the door for greater sums of investment in the GTA’s industrial and multi-residential sectors, which have both withstood underwhelming market conditions rather well. Moreover, while the pandemic has catalysed a lot of turmoil in the market, it’s also the reason interest rates have fallen to all-time lows, which investors are leveraging with abandon. 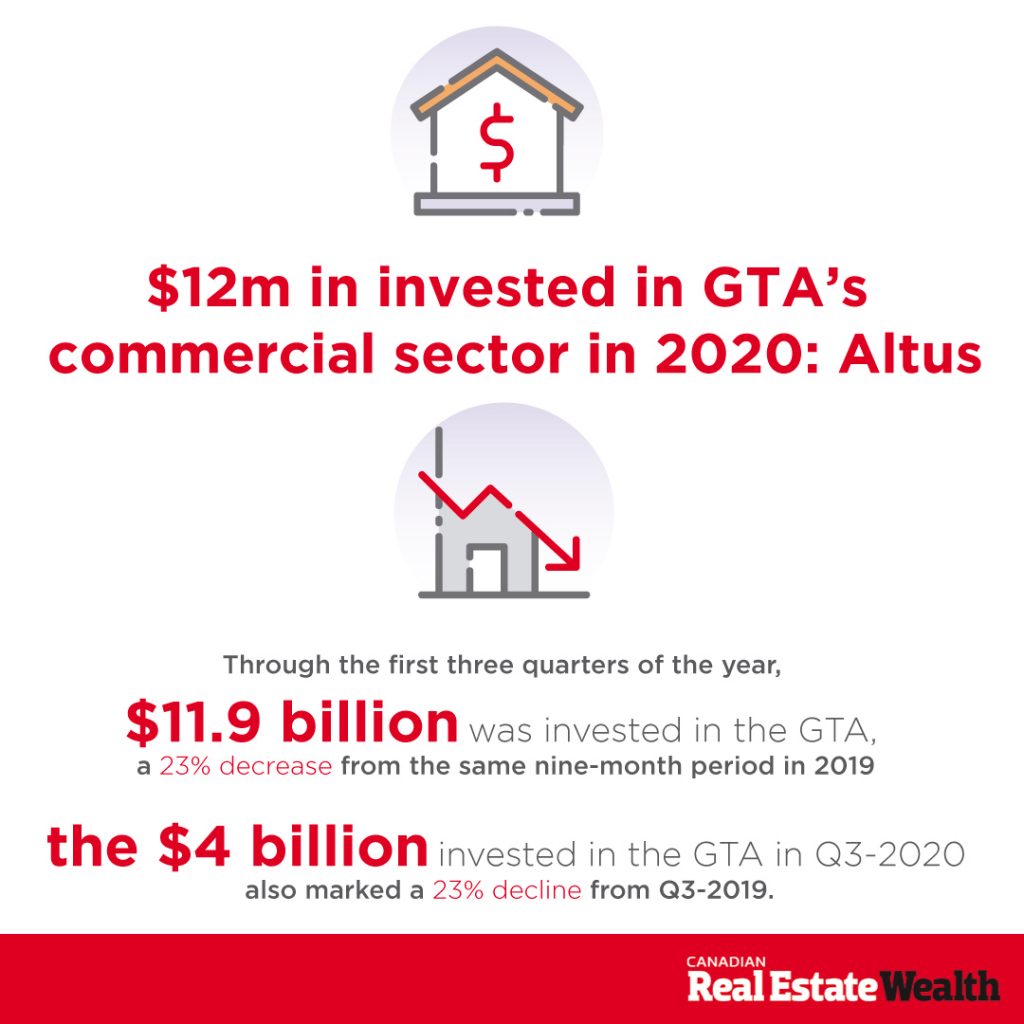